I’m delighted to announce that one of our foster kittens, Aztec, will be going to a new home as soon as he’s weaned from his mother.  We are still working on this as Aztec and his tabby brother Toltec are not in any hurry to switch from that sweet sweet mother’s milk to kitten chow.  No matter, it will be done! 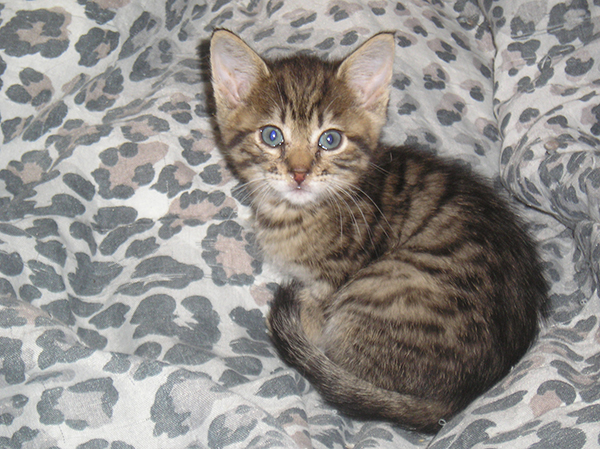 This is what happens when I miss the wrong day at the office.  Hopefully it will also explain why I don’t have time to write a substantial post.

What a gorgeous day… and yes, that water REALLY was cold when a wave rolled in and smacked me mid thigh!

Taken yesterday Sunday afternoon. They were all napping in the sun when I snuck in with the camera…

You can see so much more of the shipwreck in these photos…   Enjoy!

Last night I had every intention of writing my post ahead of time, but this plan was derailed first by what was supposed to be a quick stop at Vin Debut, our favorite local wine store and bar in San Francisco, and then by brain-sucking kittens.  We really should have known better re: Vin Debut.  It’s never just a three hour tour.  James, one of the owners, was in and we ended up sitting and talking for at least an hour and having one or two more glasses of wine than intended.  This got us home around 6:30 or so instead of 5:30, and then cats and household had to be tended to, including the second time suck…  Kittens.

What can I say?  When they stare up at you with those wittle faces and start climbing on you and purring and curling up under chins, in the crook of an elbow or on stomachs… This on top of wine equals instant nap time.

So… no writing last night.  Good intentions lie out on the pavement somewhere.

We’ve been on the go today since getting up at 6:30 (waaaahhh!!!) a.m., something that seems just innately wrong on a Saturday.  A quick trip up to Healdsburg, then to the Bullseye Range for May’s Sisters in Crime NorCal meeting.  Sisters with Guns, you betcha!  We had some class time with one of their instructors, who discovered just how many questions a group of mystery and crime writers can come with having nothing to do with gun safety.   Then we did some shooting in their indoor range and I discovered just how much of a kick my snub nose Taurus .38 special has, which is a hell of a lot.  But … but it’s so wee and cute!   I’m happy to say all of my and Dave’s shots except two hit our zombie targets (I love the fact you can buy zombie target sheets), including a delightful grouping of headshots and one right through the mouth (that was Dave’s).  Bite THIS, zombie bitch!

Home now and spending time with cats, kittens and computer.  It’s been a very satisfying day.

I was walking towards the stairs leading out of the Embarcadero Muni Station this morning, my nose (as usual) buried in a book.  I’m very good at walking and reading; my peripheral vision has been honed by years of practice and I can detect possible obstacles, driveways with cars backing out, and other dangers without breaking stride or losing my place in whatever book I’m reading.

I’m not the only person who does this (according to some sources, Lincoln was a walking reader, which isn’t the same as the walking dead… more like the walking oblivious), but sometimes the reactions I get from random strangers lead me to believe it’s somewhat of an oddity.  I’ve gotten everything from “Must be an awfully good book!” to “Wow!  How do you do that without walking into things?” or even “You’re gonna trip if you do that ” (I’ve no doubt the people who tell me this one indulge in regular sessions of Schadenfreude).

But today was the first time I had a stranger catch my attention by holding out a paperback book like a keeper holding a treat out to an animal (and I mean that nicely) and saying, “I just finished this one on the BART.” And, as I stopped and looked up, he added, “It’s really good.” And handed me the book.  I managed to stammer out a surprised and sincere “Hey, thank you!” as he smiled and headed toward the opposite end of the station.

I have no idea if the book he gave me is good, bad or indifferent, or even a genre I usually read.  No matter, I will read it and enjoy it if just for the memory of such a random and cool gesture on a total stranger’s part.

I did a series of posts last year on the wacky spam comments I get in my blog moderation queue.  Most were the equivalent of something translated from Chinese to English and then back to Chinese again. I never approved the comments, but I did cut and paste them into blog posts.

I received one today on my Day Fourteen – Writing Excerpt post (thoughtfully linked here in case you haven’t read it) that cracked me up so much it made it easy for me to decide what Day Twenty would hold.  Prepare to be bloodless and all-a-quiver!

I had someone refer to me (and Dave) as mingers today, based on a photo Dave had posted.  A ‘minger’, in case you’re not familiar with the British expression, is an unattractive person of either sex.  The commenter was a total stranger, even by Facebook standards.

I’ve spent most of my adult life getting attention and/or approval because of my looks.  I got used to being all that and a bag of chips and, as Rhett once told Scarlett, definitely suffered from the illusion that I was “the cutest trick in shoe leather” in any given room.  Luckily I had a mother who put in into perspective when, fed up with me  and my equally vain best friend, that someday we’d have to get used to the fact that we wouldn’t be able to stop traffic unless we stepped in front of a truck.

Thank you, Mom, for a much needed slap of reality at an impressionable (and intolerable) point in my vain youth.  Even though I was sure I’d never REALLY age, I realized I needed to develop a lot more than my looks.  So I did.

Now I’m nearing fifty (ohmygod, ohmygod) and definitely realize I’m no longer the cutest trick in shoe-leather in any given room.  I’m still reasonably attractive, but no, I don’t stop traffic any longer.  Although I haven’t tested the truck theory yet.  And … I’m okay with this.  I no longer require external validation for my looks.  I get enough of that at home and that’s where it really counts.  So being called unattractive by someone I don’t know, as rude as it is, isn’t the issue.  He could have called us stupid or stinky or whatever … my reaction would still be based on the same thing and that is a total lack of tolerance for bad manners and inappropriate behavior, on line and off.

Maybe this person thought he was being funny.  Or maybe he is an online troll, randomly dropping nasty little bombs and shitty comments just for the sake of creating chaos.  I don’t know.  Either way… in what universe did he think this would be appropriate?  I am fed up with people thinking it’s okay to say whatever pops out of their mouths or typing fingers without thinking of the possible ramifications those words could have on the recipient(s).  Lots of people practicing random acts of malice and/or thoughtlessness out in the world these days.

So English guy who called us mingers … I don’t give a rat’s ass what you think of my looks.  What I care about is that you’re yet one more person adding to what’s bad about the ‘net and the world in general.  Think before you post. You have the choice between potentially ruining someone’s day or making it.  Or… just staying out of it.

Some people really know how to have a good time while they’re on vacation…  And yes, this is from an actual newspaper in Lake County, California.   The placement of photo and caption are priceless.