Inara LaVey is the erotica-writing nom de plume of a San Francisco mystery, horror and science fiction writer, and former B-movie actress who has lived many of the experiences she writes about in her sensuous fiction. She has traveled throughout Europe and worked in the uncharted wilds of Hollywood as a screenwriter, a script doctor, an award-winning documentary producer, stunt woman (her background is in theatrical sword-fighting), and actress in more than one cult classic.

She has a deep passion for all things feline, and for many years has worked with her beloved tigers, leopards, jaguars and other exotic cats at an exotic feline conservation center. Another love is the sea; she adores living by the beach, surfing, strolling the strand and beachcombing. Her many friends know she can always be tempted by bad movies or good wine, preferably combined.

When she is not hard at work writing or preparing for the coming zombie apocalypse, she can be found doting on her cats or sword fighting with her Irish lover.

Since Ravenous Romance closed its doors, Inara’s books are currently being updated and given new covers. Stay tuned for more info on their re-release. 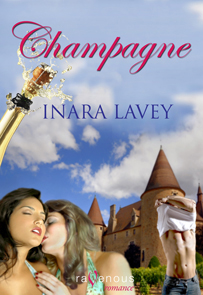 Jeanette Wilson is an American girl on the trip of a lifetime to the wine regions of France. Unfortunately, she’s trapped with her soon-to-be-ex-boyfriend Daryl, a self-absorbed, self-aggrandizing, self-styled wine expert bent on swirling, sniffing, sipping, swishing, chewing, swallowing and occasionally spitting his way through the wineries. Between his endless lectures and insufferable putdowns, her insignificant other is quickly turning her dream vacation into a nightmare.

But things change for Jeanette once they come to the zenith of their French road trip, the Champagne house of Chateau Roux-Dubois. Their hosts, Amaury and Marie-Elise Roux-Dubois, turn out to be both charming and attractive, and go out of their way to extend a warm welcome to her. And they make it very clear that it is she, not Daryl, who is their special guest, particularly when the striking Marie-Elise takes Jeanette down to the wine cellar for a very personal tour, followed by an unusual French lesson from Amaury.

When she and Daryl are invited to stay and participate in the harvest festival, Jeanette finds herself caught up in a ménage a trois with the Roux-Dubois, both intent on teaching her many things…and not just about wine. 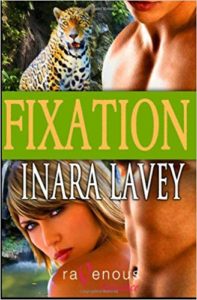 There’s something different about the new jaguar… Maya is a seasoned expert on big cats, but when a prime new specimen arrives from the jungles of Belize, even she falls under its spell. She soon finds herself pulled deep into a mystery involving psychic forces and a sorceress who holds the key to the the end of the world itself. Maya must use her own psychic powers and strength of will to survive … even as her heart and body are taken captive by a handsome stranger who is determined to possess her. When a jaguar fixates, it will go through whatever is in its way to get what it wants… 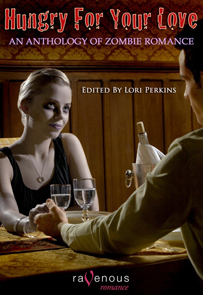 First Date, short story – in HUNGRY FOR YOUR LOVE, a Ravenous Romance anthology about love in the time of zombies, being released on Halloween!

Hungry for your Love was republished by St. Martin’s Press. Copies are still available directly through some of the authors. If you’re interested, feel free to contact me via email! 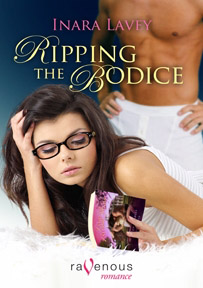 Got sex and romance on the brain? So does Cassandra Devon. She also has hard-boiled private eyes, dashing pirates, jet-setting super spies and other sexy rogues entertaining her in her surprisingly explicit subconscious.

Walter Mitty meets Erica Jong in this wickedly funny and sexy hot comedy-romance from the author of Succubusted.

Poor Lil. Though she has hair the color of dark chocolate, cobalt blue eyes and a lush mouth worthy of Angelina Jolie, she unfortunately takes after her grandmother. And when you have succubae blood running in your family tree, dates tend to start with a bang and end with a whimper.

But just when she’s beginning to think she’ll spend the rest of her life moving from town to town with a trail of used-up, exhausted men in her wake, the carnival comes to town. There she meets Damien, a tall, dark stranger with intense green eyes, dark wavy hair – and a secret of his own.