Fell is no longer a kitten, but still so adorable I can’t resist putting up her photo for today’s post, which is, btw, the last in my month long “I Will Post Daily!” endeavor.  Not that I’m going to stop posting (the whole point of this exercise was to get back into the habit of writing daily and putting regular content on my blog), but I’m not going to be quite as Draconian about posting every day.

We call Fell “Wee Fell” because when she was a kitten, she was a tiny scrap of a thing with huge ears and not much else.  She and her brother Fro (short for Frohicke, although we call him Fro, Frodo, Froyo, NO FRO!) were originally fostered by friends of ours and supposed to go to a rescue organization in Marin, but Fell was diagnosed with Feline Leukemia so they ended up coming to our guest room for quarantine until she could be tested again. There are a lot of false positives when kittens are tested too young.  Subsequent testing showed she was clear and by this time, lots of feline pattypaw had been played under the door between Fell and Fro, and our cats.  When quarantine was lifted, the two immediately integrated into the horde without any fuss or fighting.  So… now Wee Fell (not so wee but just as cute) and Fro (the underwear thief I’ve written about in earlier posts) are part of the family. 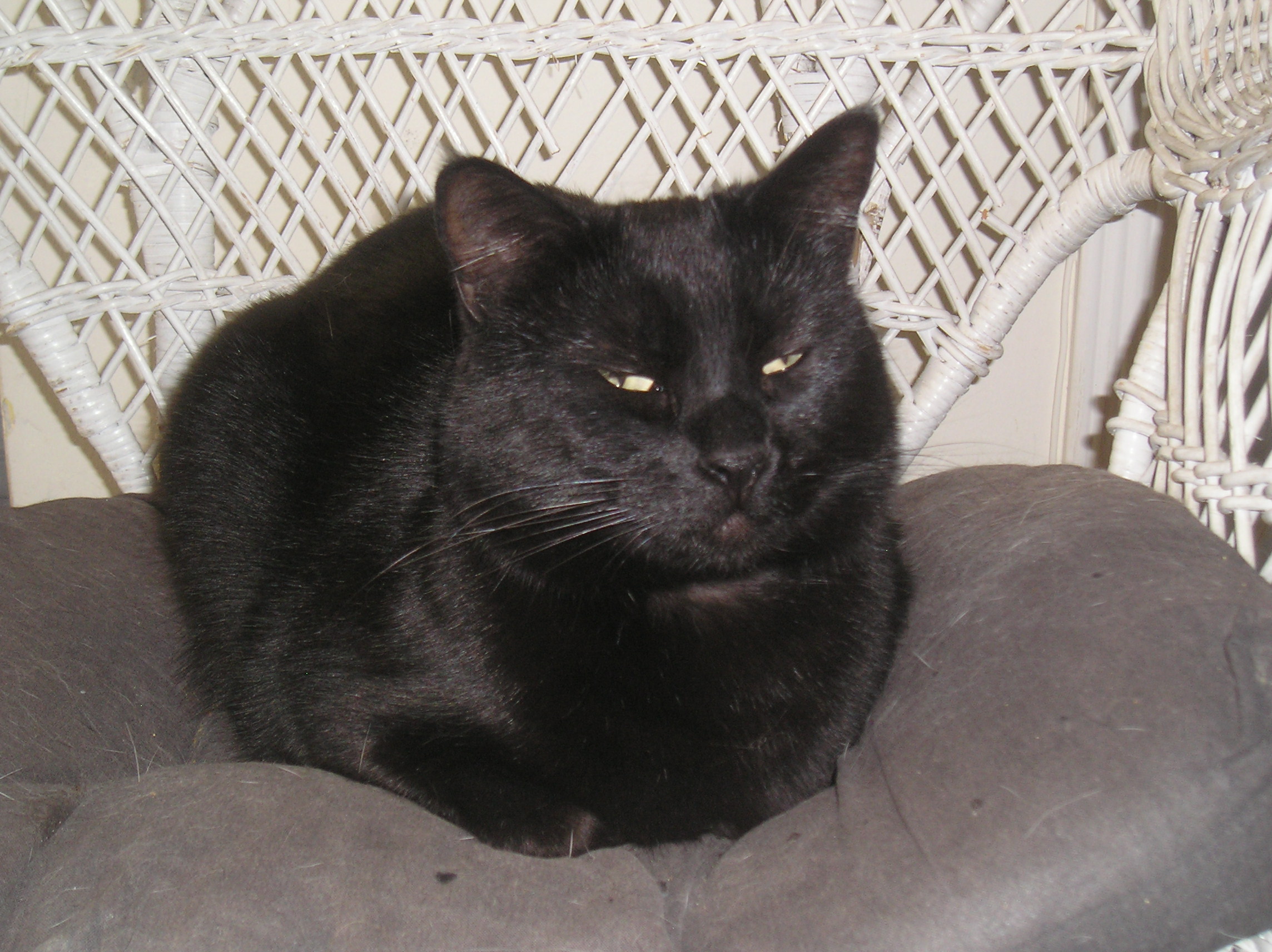