I remember when I was one of a relatively small fringe group of people who actually put some thought into what I’d do if the dead came back to life and started eating the living.  I had plans for fortifying my house, where to go if that failed, what my weapon of choice would be, and other assorted details.  Anytime I went anywhere, I would note the locations of possible exits and entrances, raw materials for boarding up windows/doors, and surrounding terrain to check for escape routes.   Sure, people thought I was weird, but it was fun.  And there were just enough other like minded zombacolypse obsessed folks out there that I didn’t feel lonely.  More like part of a small, select club but instead of secret handshake, we all knew the only way to put down a zombie was to shoot it in the head. 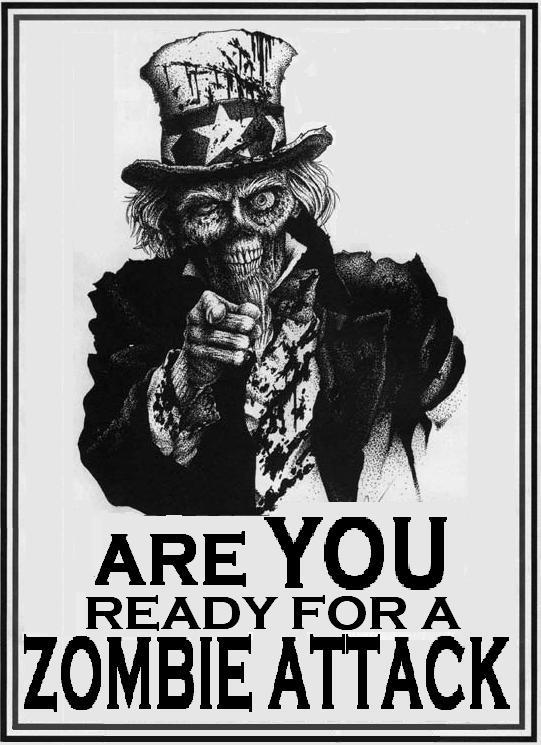 Nowadays you can’t turn around without running into zombie savvy civilians.   While they’re not exactly the new vampire (zombies do NOT sparkle), zombies have taken over publishing, movies, television and pop culture as relentlessly as they’ve overrun farmhouses and malls in George Romero’s films.  Even the CDC has gotten into the rotting, shambling spirit of things.

On one hand, this makes me happy as there is a potentially unlimited supply of books and movies for me to enjoy. And no, I don’t think zombies have ‘jumped the shark’ in terms of overstaying their welcome.  Diehards like me (pun really not intended, but acknowledged) will never get tired of them as long as at least a percentage of the new material is good.  True, there’s a lot of shite out there, but even that can be fun if you’re … well, if you’re kind of weird like me.  I hope to add to the list of good books out there with my Ashley Parker series so I’m not in any hurry to see zombies leave the spotlight any time soon.

But I admit I kind of liked being part of that small, select club who knew what I meant when I said, “They’re dead.  They’re all messed up.” Or “Shoot ’em in the head. It’s the only way to be sure.”

2 thoughts on “Zombies are everywhere”